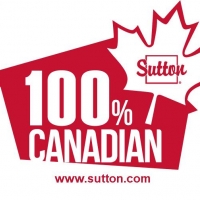 Barrie and District Home Sales Up Year-Over-Year in April

Residential property sales recorded through the Matrix System in the Barrie & District Association of REALTORS® Inc. (BDAR) region numbered 470 units in April 2019. This was an increase of 21.1% from April 2018.

Within the City of Barrie, residential sales activity numbered 215 units in April 2019, rising 20.1% on a year-over-year basis. A year-over-year increase of 20.2% was recorded in surrounding areas, where sales activity totalled 256 units in April 2019. “Sales in the area are still running slightly quieter than average in April 2019, however the improving year over year comparison has a better out look than this time last year”, said Tania Artenosi, 2019 BDAR President.

“The combination of the Ontario Fair Housing Plan, the B-20 stress test, interest rate increases along with increase housing prices are still having an effect on our market.”

The Barrie & District Association of REALTORS® cautions that over a period of time, the use of average price information can be useful in establishing trends, but it does not indicate actual prices in widely divergent areas or account for price differentials between geographical areas. The dollar value of all home sales in April 2019 was $242 million, a large 31.4% increase from the same month in 2018.